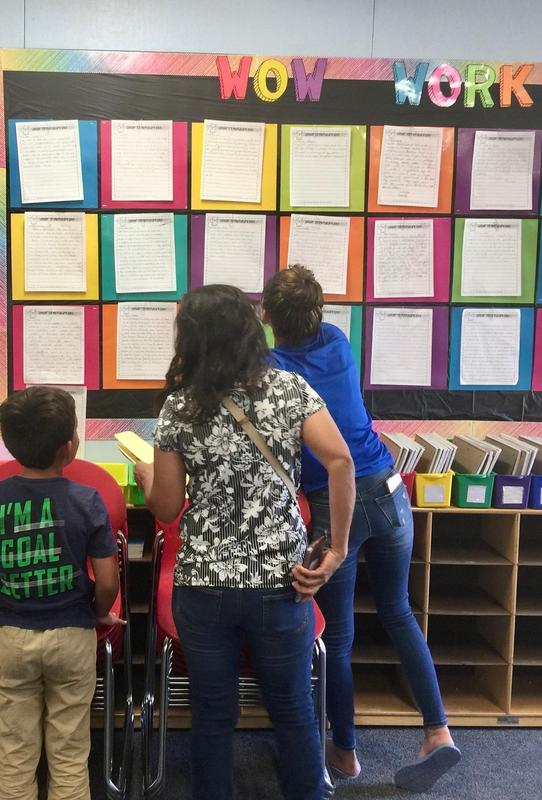 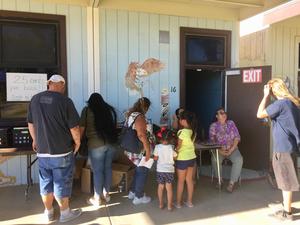 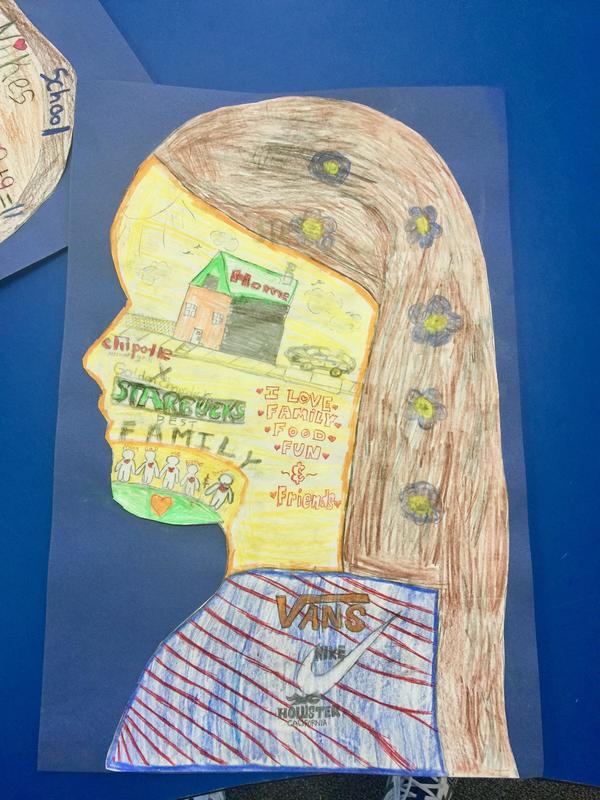 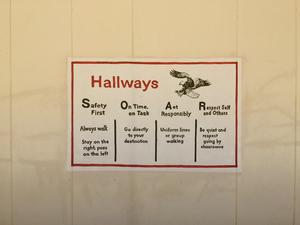 By Peter Day
The Lucerne Valley Elementary School community gathered for the annual Back to School night on Thursday, August 15.
Assistant Superintendent/Principal Burt Umstead welcomed guests in Goulding Hall before sending them out to the students’ classrooms. Mr. Umstead introduced Tom Courtney, a member of the LVUSD’s board of trustees, and commended the board for their commitment to students.
“What’s happening the last three or four years has been amazing,” Mr. Umstead said, “and it’s been under their leadership.”
Mr. Umstead introduced Ricky Anderson, the school’s new Assistant Administrator of Academic Improvement, who took over emcee duties.
Mr. Anderson read the district’s belief statement: “We embrace being a small district where each student has a name and not just a number.” He explained that the elementary school utilizes PBIS, Positive Behavioral Interventions and Supports, which is a management system that rewards students for meeting behavioral expectations.
Mr. Anderson also recited the school’s motto, S.O.A.R., which is found on various locations throughout the campus: “Safety first, On time on task, Act responsibly, Respect self and others.”
Next, Mr. Anderson explained that the school doesn’t tolerate bullying and that it’s important to understand the difference between an isolated rudeness event and bullying. Bullying can take on different forms: physical, verbal, relational and cyber. “We don’t tolerate that here,” he said.
This year, the school is implementing “Restorative Practices,” which teaches students how to build community and healthy relationships.
He also told families about “Eagle Feathers,” which are given to students to reinforce SOAR behavior. Students can earn prizes, depending on the number of eagle feathers they earn.
Mr. Anderson also talked about the Bud Biggs STEM Lab, which opened last year. LVES also is a “Title 1” school, which provides for several state-funded programs including the After School All Stars and free breakfast for every student.
Before Mr. Umstead released students and families to the classrooms, he lead the attendees in the SOAR cheer. Students also were invited to buy books for only 25 cents each and enjoy hot dogs and purchase other merchandise to benefit the school.
Peter Day currently is a social media advisor for the Lucerne Valley Unified School District.